Concerns keep many away from shark-kill tournament 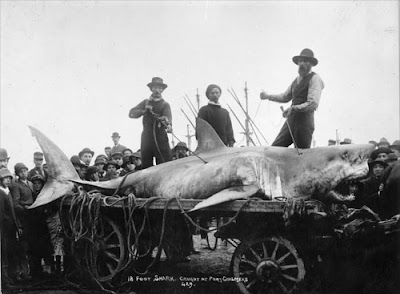 Twenty years ago, Florida had a dozen or more fishing tournaments that targeted sharks.

But as shark populations declined worldwide, so did the number of tournaments that resulted in shark deaths. On the eastern shore of Tampa Bay, the 5-year-old Blacktip Shark Shootout has enjoyed success but not without controversy.

"We are not a straight slaughter shark tournament," said Phil Pegley, who helped organize the Apollo Beach-based event scheduled for this weekend. "We try to limit the number of sharks killed and only weigh in the ones that count."

Unlike many species of sharks, blacktips are not considered overfished.

"As a species, blacktips are actually in pretty good shape," said Mote Marine Laboratory's Bob Hueter, one of the nation's leading shark experts. "But it is not the number of sharks these tournaments kill, it is the message that they send."

Many species of large coastal sharks, including the hammerhead and tiger, are in trouble, Hueter said. Years of overfishing and a poor public image thanks to the movie Jaws have put sharks on many anglers' hit lists.

"Kill tournaments are definitely not the way to go," he said.