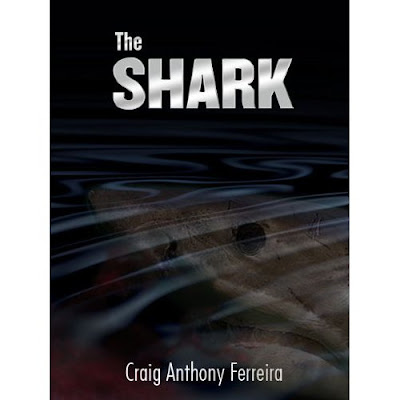 Patrick Williams an investigatory journalist, finds himself on a twisting path of mysterious and bloodcurdling events as he delves deeper into a story of a honeymoon couple's mysterious disappearance from the sleepy town of Gans Bay, situated only 100 km from the southernmost tip of the African continent.

The remote fishing village has of late, become the centre of a burgeoning great white shark cage dive industry, and against logic and rational judgment , he is drawn into a tangle of incidences where the reality facing him is more grim than he could have ever anticipated in his wildest dreams.

Down in the deep, propelling her heavy spindled shaped body though the frigid waters of the Cape, is the Submarine, the legendary Great White Shark everyone thought was long dead and gone…….

Frank Boon, a Great White Shark scientist, avid shark conservationist and diver, finds himself caught between trying to protect the shark or possibly having to kill it due to public pressure. A witch- hunt of what's said to be "largest shark ever sighted" is staged after a horrific incident off a beach in Hermanus, not far from Cape Town.

Fear grips all involved as the obscured reality of death and malevolence slowly unravel to a showdown between man and beast.

Heart stopping, fast paced and real. It felt like the shark was about to swim right out of the pages. Jytte Fredholm – International Wildlife Photojournalist.

I have known Craig Ferreira personally and professionally for many years. Passionate, intense and full of surprises, Craig has found a new way to channel his immense creative energies by writing a debut novel about the world that he knows best – great white sharks. “The Shark” is crime fiction that’s heart pounding, testosterone-driven, unique and as unpredictable as the subject of the title. - Mark Kaczmarczyk, Documentary Filmmaker

Craig Ferreira is synonymous with sharks, even though he has seen more white sharks than the rest of the world; he still acts, as it's his first time when he spots one. He lives and breathes white sharks. - Fredrik Öström, Captain – Swedish Military Intelligence

A fascinating and exciting story – just keep writing. - Peter Benchley, author of Jaws and The Deep.

Posted by Horizon Charters Guadalupe Cage Diving at 10:51 AM No comments: 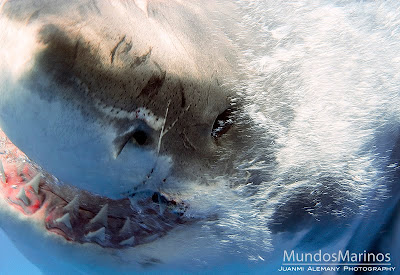 PARIS (AFP) – A single reef shark can be worth nearly two million dollars in tourism revenue over its lifetime, according to a study released Monday by researchers in Australia.


The analysis from the Pacific island nation of Palau shows that sharks -- hunted worldwide for their fins, a Chinese delicacy -- are worth many times more to some local economies alive than dead.

"Sharks can literally be a 'million-dollar' species and a significant economic driver," said lead author Mark Meekan, a scientist at the Australian Institute of Marine Science.

"Our study shows that these animals can contribute far more as a tourism resource than as a catch target," he said in a statement.

Sharks have reigned at the top of the ocean food chain for hundreds of millions of years.

But because they mature slowly and produce few offspring, the consummate marine predators have proven vulnerable to industrial-scale fishing.

Tens of millions of the coastal and open-water sharks are harvested every year to supply a burgeoning appetite for meat and especially shark-fin soup.

The researchers found that the annual value to the Palau tourism industry of an individual reef shark at one of the country's major scuba-diving sites is 179,000 dollars (121,000 euros) a year, or about 1.9 million dollars (1.3 million euros) over the animal's lifetime.

Shark diving accounts for about eight percent of the tiny country's GDP and 14 percent of its business tax base. It also generates more than a million dollars annually in salaries.

In 2009, Palau became the first country in the world to declare all of its territorial waters to be a shark sanctuary, followed last year by Honduras and The Maldives.

The US state of Hawaii, the territories of Guam and the Northern Marianas, and the Republic of the Marshall Islands have all banned the possession, sale or distribution of shark fins.

"Shark tourism can be a viable economic engine," said Matt Rand, a shark expert at the Washington-based Pew Environment Group, which commissioned the research.

"This study provides a compelling case that can convince more countries to embrace these animals for their benefit to the ocean and their value to a country's financial well-being."

About a third of open-water sharks face extinction, according to the International Union for the Conservation of Nature (IUCN).

Regional studies have shown that when shark populations crash the impact cascades down through the food chain, often in unpredictable and deleterious ways.

Posted by Horizon Charters Guadalupe Cage Diving at 9:51 AM No comments: