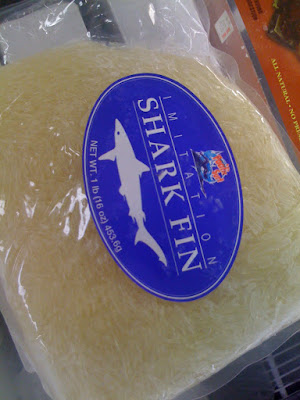 If Chuck Thompson was prize fighter - he would be in the bare knuckles class. As we have been quietly pointing out the shark conservation movement is in trouble when it comes to the plethora of non NGO's who are tackling this global problem.

Not for a lack of deeply held convictions, desire for eco-stardom, media hits, or even petitions.

The movement has plenty of those.

In a recent expose in Guy Harvey Magazine Chuck looks into the shark world, interviewing "the usual volunteer bleeding hearts," to garner non-scientific quotes on the "state of the union" of shark conservation.

In the process the article reveals deep insights into the efforts to date and the Four Lies of Shark Fin Soup.

To that we would like to add a 5th.

The myth that the shark fin trade is run exclusively by Asian mafia. It is not. That misconception has lead many to believe this lawful trade is something sinister, instead of something that can be taken apart by attacking the trade itself.

What's needed is new thinking and a change in tactics because this is eco issue ultimately about trade, not sound bytes, Asians, a soup, or even failed reality television show bids on Animal Planet.

Kudos to Chuck Thompson for the article and the expose. If the movement is serious about saving sharks - it will have to get serious about what it is up against first.

For a deeper look Da Shark in Fiji has posted his four cents.