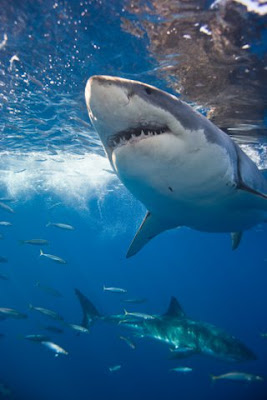 , -- The International Fund for Animal Welfare (IFAW-www.ifaw.org.cn) congratulates Taobao (www.taobo.com.cn), largest shopping website for its ban on the sale of shark fin products on the site. Taobao.com announced to its 400 million online members that all shark fin products will be banned from trade on Taobao.com starting 1, .

is the main market for shark fin products. In major cities in , shark fin soup is readily available on the menu in restaurants. With the coming of Festivals, shark fin soup consumption will significantly increase.

However, fueled by big profit margins and the increase in shark fin consumption, overfishing of sharks is threatening more than 50 percent of the shark species with extinction. As top predators in the ocean, sharks play an important role in keeping ecosystem balance. However, an estimated 100 million sharks are killed globally each year.

"Consuming shark fin is not only harmful to the marine biodiversity, but promotes the cruel practice of shark finning, where sharks had their fins cut off then thrown back into the ocean, still alive, die a horribly painful death." said , IFAW's Asia Regional Director. "It is our choice as consumers to say No to shark fin products. Consuming wildlife equals killing."

Taobao's decision to ban shark fin was also applauded by its users. In an online message, a netizen condemns the shark fin trade by posting shocking pictures of shark finning. According to this posting, 5000 Kilos of shark fin are consumed daily in alone. Active Taobao users also call on others to report online shark fin sales to site management when the notice takes effect in January.

, IFAW's Program Manager hailed the move. "This is really amazing and wonderful that the leading cyber market provider in the biggest shark fin consumer nation bans shark fins. What a strong signal to other auction sites and governments in other parts of the world!"

Posted by Horizon Charters Guadalupe Cage Diving at 8:47 AM 1 comment: