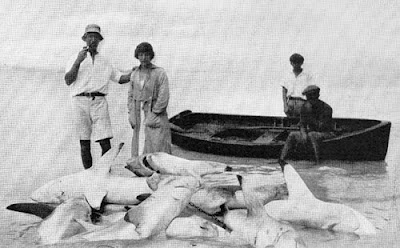 Rome, 14 December 2009 - An advisory panel of independent experts has issued recommendations regarding six proposals to limit international trade in a number of commercially exploited aquatic animals under the Convention on International Trade in Endangered Species of Wild Fauna and Flora (CITES).

The CITES Convention was established to protect wild species whose status is being directly affected by international trade. It is not designed to protect species that are endangered for other reasons. Once a species is listed by CITES, its international trade is subject to varying degrees of control depending on its status, ranging from controlled trading (if listed on CITES Appendix II) to outright bans (Appendix I).

The advisory panel consisted of 22 international fishery experts from 15 different countries. It was convened to evaluate the proposals according to criteria established by CITES and to give independent and impartial recommendations based on the experts' knowledge and on the scientific evidence presented in each proposal. This follows a formal process through which FAO channels advice from external fishery scientists to CITES. The CITES Conference of Parties will take the final decision regarding listing of proposed species.

For the remaining species under consideration, Spiny dogfish (Squalus acanthias) and all species of the coral family Coralliidae, the panel assessed that they did not meet the criteria required by CITES for listing on Appendix II. However, the panel did note that inadequate management in many areas of distribution of these species represents a cause for "serious concern". It urged that these shortcomings be remedied by relevant fishing nations and regional organizations in order to prevent rates of exploitation for these animals from exceeding acceptable levels.

Posted by Horizon Charters Guadalupe Cage Diving at 6:16 AM No comments: