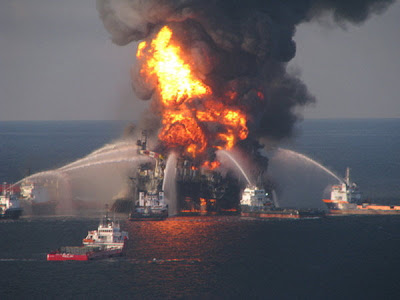 What happened in Alaska in 1989 was once termed "Americas Greatest Ecological Disaster."

For Exxon the remote locale of Prince William Sound and low population base made this oil spill a "parachute journalism" affair.

For BP, 30-6000 barrels a day gushing into the Gulf, one of the most highly populated regions in the USA, media coverage will be nothing short of 24/7.

Add to the fact we are going into the summer season of re-run programming and what you have is the perfect media storm.

The Gulf is essentially a bowl, to get the best understanding of what is about to happen to the region over the summer pour 10 quarts of oil into your average Olympic swimming pool. At best it will be three months to drill a relief well in the region and even then there's no assurances that the oil will stop.

That's 2-6 million barrels of oil in the Gulf by the time the oil stops gushing in three months.

We covered a similar spill last fall by the numbers. The final number of spilled barrels will never be known in the East Timor Sea but one thing is for certain, media coverage in the Gulf will be intense and unflinching.

America's finest conservation moment and ongoing challenge is about to happen.

Let's consider putting aside other conservation efforts and instead turn our focus on the Gulf.

Once in a great lifetime conservation is called upon to act as one, to respond as one, and to rise to great challenges that transcend local and regional efforts.

This is that moment, and this is that challenge. Where will you be?
Posted by Horizon Charters Guadalupe Cage Diving at 7:57 PM No comments: 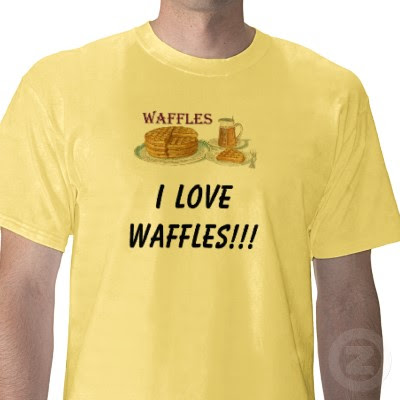 What a difference a few days can make.

As it turns out Hawaii's historic vote on a complete ban on shark fins was unanimous and the critical vote of Rep.Jon Riki Karamatsu went for the bill instead of against it...

...and then in a stunning display of "flip-flopping wafflery" Riki Karamatsu turned against the bill he just voted for and tried to kill it.

For one brief moment we had thought that Riki Karamatsu had
demonstrated real conservation leadership in Hawaii.

We of the conservation world dared dream that Riki might be the kind of leader who would listen to all sides of an issue but when it comes to issues about the environment, animal cruelty, and unsustainable practices Mr.Karamatsu would understand and act.

Sadly he's just a hack politico who will waver and waffle when important bills are in play pandering to whoever and wherever he can to get a vote or two.

DO NOT VOTE for this man in is race for the Lieutenant Governors seat in Hawaii.When the chips are down, Karamatsu is a poor choice for the oceans, the environment and Hawaii.