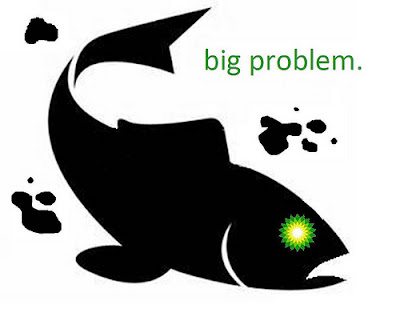 
Hoffmayer and Earle recently spent three days in the Gulf of Mexico where they discovered an extraordinary gathering of more than 100 feeding whale sharks 90 miles south of Grand Isle, La., and approximately 60 miles west of the oil spill.


“This may be one of the largest gatherings of whale sharks in the northern Gulf of Mexico observed by science,” explained Earle.

Hoffmayer and Earle photo identified scores of whale sharks and tagged four of them. One of the tags was equipped with satellite tracking sensors. Those sensors allow anyone to follow the shark over the Internet via www.GTOPP.org and Google Ocean.

“Whale Sharks are presently considered a ‘vulnerable species,’ which is a mere single notch down from being considered an endangered species,” said Hoffmayer.


Earle, who is currently an explorer-in-residence at National Geographic, is a highly respected and influential oceanographer. “I can only hope to do in my career a fraction of what she has done. Hopefully her involvement will help bring resources to the study of these threatened animals,” said Hoffmayer.


Whale sharks are filter feeders, meaning they siphon marine organisms at the surface of the water as food. With dispersed oil floating on the water surface, whale sharks will ingest the chemical substance along with their food.


“Some have said that these are death row whale sharks in the Gulf of Mexico, and that could be true,” said Earle. “Because of their feeding habits, skimming right at the surface where the oil accumulates, they’re in harm’s way.”


Indeed, since the tagging expedition, Hoffmayer has heard reports of whale sharks swimming in oil near the Deepwater Horizon spill site. “I don’t think there is any question we’re going to lose whale sharks to this oil spill. That’s why we need to tag these sharks so that we can determine how they are impacted by the oil,” said Hoffmayer. “Whale sharks are gentle giants that grow between 40 to 50 feet long and aren’t aware of the oil spill around them,” explained Hoffmayer. “They are very susceptible to the oil because they spend so much time at the surface of the water.”


The entire Whale Shark tagging expedition was captured by film director Robert Nixon and an Insurgent Media film crew which is filming Mission Blue, a feature documentary following Earle on her quest to protect the world’s oceans.

“Interacting with these death row whale sharks was a transformative experience. We may not be able to save these gentle giants from the oil. We do hope our underwater footage of Dr. Hoffmayer tagging whale sharks will galvanize the public to act to save the oceans, our life support system,” declared Earle.


For more information on the research underway by Hoffmayer visit here.


About The University of Southern Mississippi

The University of Southern Mississippi, founded in 1910, is a comprehensive doctoral and research-extensive university fulfilling its mission of being a leading university in engaging and empowering individuals to transform lives and communities. In a tradition of leadership for student development, Southern Miss is educating a 21st century work force providing intellectual capital, cultural enrichment and innovation to Mississippi and the world. Southern Miss is located in Hattiesburg, Miss., with an additional campus and teaching and research sites on the Mississippi Gulf Coast; further information is found at www.usm.edu.
Posted by Horizon Charters Guadalupe Cage Diving at 11:03 AM No comments:

T-Minus Six Weeks to the Start of White Shark Season

In six weeks from now the crew of Sharks Diver will be at Isla Guadalupe beginning another spectacular commercial white shark season. This is the main even we have waited for all year long, another season with many of our favourite animals at the best site on the planet to interact with one of the oceans tops predators.

We have been fortunate enough to spend nine years here, and I have considered myself one of the most fortunate to own a company that allows me access to these magnificent animals year after year.

The 2010 season will feature an Underwater Boot Camp with Richard Theiss and RTSea Productions, offering novice to beginner underwater filmmakers the chance to film sharks and learn how to make documentary style films.

Here's a small sample of his work:

Posted by Horizon Charters Guadalupe Cage Diving at 8:31 AM No comments:

Posted by Horizon Charters Guadalupe Cage Diving at 8:19 AM No comments: