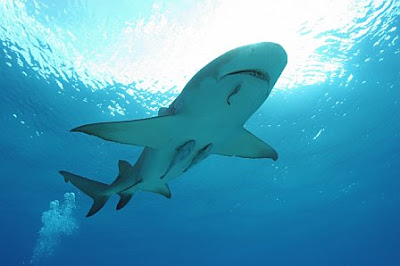 Great news coming out of The Hawaii Institute of Marine Biology and a two year study that refutes many of the "wild hair allegations" swirling around the anti-shark diving debate on Oahu:

The Hawaii Institute of Marine Biology conducted the two-year study.It found sharks tagged during tours overwhelmingly stay far out to sea and don't follow tour boats back to shore.

The study also found the tours are frequented by Galapagos and sandbar sharks, which are rarely involved in attacks on humans. Marine scientist Carl Meyer said at an informational briefing at the state Capitol that when it comes to offshore caged shark-diving tours, there is no evidence of any risk to nearshore recreational users.

The tours have been operating since 2001. 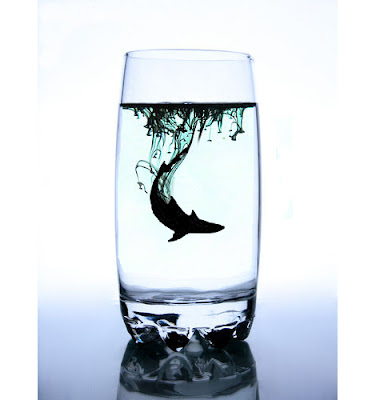 Where there's a market and demand - people will find sharks:

CHICO — For Holland native Philip Peters, a decision to spend several times a day hugging a shark was the safer career choice.

A self-described daredevil, Peters used to travel with the Ringling Bros. and Barnum & Bailey Circus, performing death-defying stunts. He spent years being thrown out of canons, on the flying trapeze and "wheel of death," and wrestling with lions and tigers.

"I saw too many hospital rooms in that time and I was looking for something safer, so I started sharks and it is safer, believe me," Peters said with a laugh.

Interested in moving the sharks he planned on interacting with, Peters began researching traveling tanks. After much research, Peters developed a complex filtration system enabling him to transport a 7,000-gallon saltwater tank.

That tank is currently at the Silver Dollar Fairgrounds this week for Peters' 20-minute show, the only current traveling shark show in the country. For two-to-four shows each day, Peters amazes a delighted crowd by diving into the tank and swimming with four sharks.

Posted by Horizon Charters Guadalupe Cage Diving at 8:30 AM 1 comment: