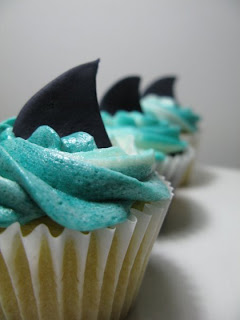 Has it been a decade over there in Fiji?

Looks like it and now we have research driven data as well.

If you thought today's blog post from Fiji and Da Shark was celebratory, you were correct, and congratulations are in order as well for the entire Fiji team who have fearlessly, "done their own thing," and in doing so laid out a template for sustainable shark diving the world over.

We have long been fans of BAD and Da Shark, and no we're really not secret investors, we just have an eye out for excellence in the shark diving community and Fiji consistently fires on all cylinders when it comes to commercial shark diving, conservation, and research.

So Kudos to all for this latest paper and another continued decade of adventures to all:

Shark-based tourism that uses bait to reliably attract certain species to specific sites so that divers can view them is a growing industry globally, but remains a controversial issue.

We evaluate multi-year (2004–2011) underwater visual (n = 48 individuals) and acoustic tracking data (n = 82 transmitters; array of up to 16 receivers) of bull sharks Carcharhinus leucas from a long-term shark feeding site at the Shark Reef Marine Reserve and reefs along the Beqa Channel on the southern coast of Viti Levu, Fiji.

Determined from acoustic tagging, the majority of C. leucas had site fidelity indexes greater than 0.5 for the marine reserve (including the feeding site) and neighbouring reefs. However, during the time of the day (09:00–12:00) when feeding takes place, sharks mainly had site fidelity indexes smaller than 0.5 for the feeding site, regardless of feeding or non-feeding days.

The overall pattern for C. leucas is that, if present in the area, they are attracted to the feeding site regardless of whether feeding or non-feeding days, but they remain for longer periods of time (consecutive hours) on feeding days. The overall diel patterns in movement are for C. leucas to use the area around the feeding site in the morning before spreading out over Shark Reef throughout the day and dispersing over the entire array at night. Both focal observation and acoustic monitoring show that C. leucas intermittently leave the area for a few consecutive days throughout the year, and for longer time periods (weeks to months) at the end of the calendar year before returning to the feeding site.


About Shark Diver. As a global leader in commercial shark diving and conservation initiatives Shark Diver has spent the past decade engaged for sharks around the world. Our blog highlights all aspects of both of these dynamic and shifting worlds. You can reach us directly at sharkcrew@gmail.com.
Posted by Horizon Charters Guadalupe Cage Diving at 5:22 PM 2 comments: