As always the good folks over at the Dorsal Fin Blog go the scoop on another white shark sighting in South Carolina:

Posted by Horizon Charters Guadalupe Cage Diving at 9:47 AM No comments: 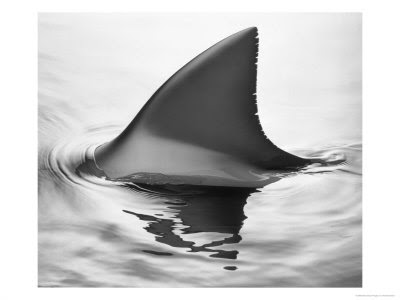 A Chinese lawmaker has proposed that the country's top legislature ban the trade of shark fin, a high-end delicacy consumed by wealthy people in China and East Asia.

Shark-fin trading generates enormous profits, but encourages overfishing and brutal slaughter of sharks, of which some 30 species are near extinction, said Ding Liguo, deputy to the National People's Congress, the top legislature.

He has filed a formal written proposal to the legislature, together with a dozen of other lawmakers.

China is now the biggest market of shark fin, consuming 95 percent of the world's total with Taiwan, Hong Kong counted, said Ding Wednesday, a billionaire and executive chairman of Delong Holdings Limited, at a panel discussion of the ongoing parliament session.

Shark fin soup has become an essential part of any respectable banquet in China over the years. And there are no laws in China banning shark fin trading, he said, adding publicity campaign against shark fin consumption has had limited impact.

"Only legislation can stop shark fin trading and reduce the killings of sharks," Ding said, adding China should take the lead in banning the trade.

Fin trade encourages shark-finning, a practice in which the fins are typically cut off while the shark is still alive. The shark then dies a slow death.

Shark fins are used to make a soup that is a high-end staple on the menu of most upscale restaurants. Many of them make the delicacy a signiture dish to lure customers, as Chinese culture has lauded shark fins to boost virility and enhance skin quality.

Further, shark fin soup represents wealth, prestige and honor as the gourment food was coveted by emperors in China's Ming Dynasty because it was rare, delicious and required elaborate preparation.

With both culinary and symbolic significance, the dish is popular at important occasions such as weddings, banquets and important business deals.

Treat with this Chinese cuisine is a show of respect, honor and appreciation to the guests. Ordinary people normally can't afford to have the dish.

Price of shark fins is up to 4,000 yuan (about 600 U.S. dollars) per kilogram, said Huang Liming, duty manager at the medium-level Hongxing Seafood Restaurant in southern Guangzhou city. Shark fins could be sold up to 10,000 yuan per kilogram in upscale restaurants, Huang said.

But sales of shark fins have declined 30 percent recently from a year earlier to at most 0.5 kilogram each day as people prefer healthier and environmental-friendly food, Huang said, adding most of the delicacy is consumed by businessmen.

"People are mistaken by the supposed nutritional value of shark fin," Ding said.

Further, it contains high levels of lead and mercury, which most people know little about, he said, adding he neither eats shark fins nor treats guests with the dish.

Ding proposed that governmental officials take the lead in stopping the consumption of shark fin, and that state-owned hotels and restaurants stop serving shark fin.

Posted by Horizon Charters Guadalupe Cage Diving at 7:10 AM No comments: