Looks like the local kids will not be swimming at this dock anytime soon. Still, with all the prayers The Jesus get's each day this one probably caught his attention, that's if you believe in that sort of thing.

About Shark Diver. As a global leader in commercial shark diving and conservation initiatives Shark Diver has spent the past decade engaged for sharks around the world. Our blog highlights all aspects of both of these dynamic and shifting worlds. You can reach us directly at sharkcrew@gmail.com.
Posted by Horizon Charters Guadalupe Cage Diving at 1:34 PM No comments: 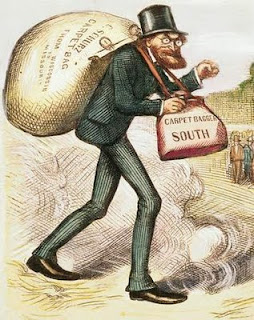 The conservation world became alerted to "something odd" in the shark conservation space a few weeks ago when the island nation of Fiji posted this warning about Sea Shepherd Conservation Society.

What was particularly interesting about this open letter to the world was Fiji's recognition that Sea Shepherd as an organization had become more of a conservation parody of itself over the past decade with it's homespun reality tv shows and media stunts, and less an actual force for real and lasting conservation change.

Fiji's open letter was the first look behind the Green Curtain for Sea Shepherd, revealing for the first time by a sovereign nation a bloated conservation media machine run by kool aid drinking drones who seek fame in the conservation space as the new Conservation Kardashians.

We wrote a satirical post about this last week.

Case in point Sea Shepherds abject failures to stop sealing in Canada after 30 years of media circus, whaling in Antarctica, Bluefin Tuna harvests, or even propose and foster any manner of metrics based conservation efforts that leave behind lasting change for wildlife.

In fact metrics based conservation, the kind of lasting hard work in one area to see that conservation is done right is not in Sea Shepherds DNA. They are spectacle makers first and foremost choosing the easy conservation route of shifting conservation baselines, and "awareness for conservation."

By now, and thanks to the hard work of tens of thousands of people the world over who have never sought the limelight, people are fully "aware" that sharks are in trouble.

For the past decade and lead by some true innovators in the region Fiji has created several admirable boots on the ground programs that have made real and lasting differences to the lives of sharks and these amazing programs continue to this day.

What's a stake in Fiji is a new Sea Shepherd reality tv show that looks very much like Sea Shepherds other reality tv shows that offer hype, broken vessels, and a particularly nauseating brand of "personality cult for species" that is looking to carpetbag its way into Fiji for a quick media pump and dump.

Conservation Carpetbagging is not new, but it has been perfected by Sea Shepherd.

Hence the grave concern being directed at the new Fijian shark effort by Sea Shepherd and it's clones.

The shark world does not need another personality cult and sharks could care less if these hackneyed media seekers would "die for sharks."

In fact to even publicly state this, to put yourself in a media situation that you know is completely false from the get go is to let down the animals you profess to care so deeply about. It is the poorest choice of words for animals that need change, not hype and more "awareness."

Sadly the issue of this new programs involvement in Fijian waters has not been resolved even with the recent letter by the Fijian Government to the rest of the world. As it turns out instead of moving on to other Pacific islands could in fact use help for sharks Sea Shepherd is trying to back channel their way back into the region and into work done by others.

For readers of this blog you'll note we broke with Sea Shepherd the year Paul Watson faked his own assassination for season one of Whale Wars. It was an eye opening moment that should have shocked others in the conservation space to their core.

It did for some.

For others it opened their eyes and desires to become Conservation Rock Stars. The reality that you could bald face lie to millions on television and then be invited to swanky Hollywood cocktail parties to feast on $75.00 sustainable appetizers served to you by out of work actors whilst being feted by big dollar donors who admired your latest brush with death for wildlife.

Reality tv shows that are designed to callously suck up conservation dollars in return for media spectacle and personality cult offering "awareness" are as damaging to sharks as the fishing fleets that target them, because those on the actual front lines with real solutions need those dollars more than ever.


About Shark Diver. As a global leader in commercial shark diving and conservation initiatives Shark Diver has spent the past decade engaged for sharks around the world. Our blog highlights all aspects of both of these dynamic and shifting worlds. You can reach us directly at sharkcrew@gmail.com.
Posted by Horizon Charters Guadalupe Cage Diving at 10:29 AM 12 comments: