Frank Solomon - Firing on all cylinders?

Apparently Frank Solomon thinks you can snorkel off shore in a chum slick with sharks and not come under some intense scrutiny. 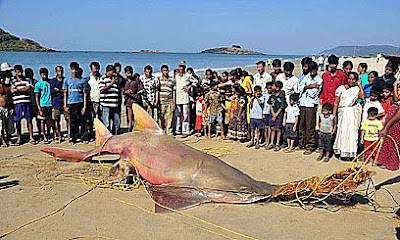 Apparently fins of these animals are a delicacy in China.

P. pristis can grow as large as 23 feet in length and 5,410 lb and are rare in the waters in and around Karwar Taluk.
Posted by Horizon Charters Guadalupe Cage Diving at 1:13 PM No comments: 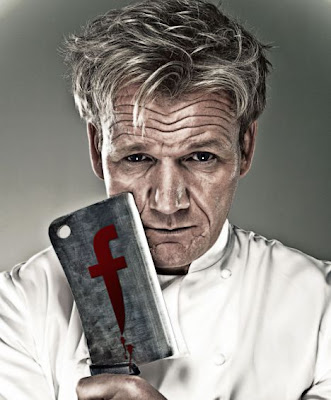 Whatever your personal opinions on milk fed veal, freshwater eels, or even foie gras, celebrity chef Gordon Ramsay has done a solid for the shark conservation world - and for that we're grateful.

Facebook conservation groups recently lit up over Ramsay's new in depth television series on shark finning. Taking his somewhat angry Chef-i-Ness into the world of commercial shark finning in Latin America and beyond.

What he uncovered on his voyage shark conservation folks have known about for years - sharks are under siege.

This message has been getting somewhat lost recently as competing shark groups find themselves jostling for position, and the messaging about sharks has become increasingly partisan and wild.

No, the world will not "run out of oxygen if we lose all the planets sharks".

Where Ramsay wins, is in his ability to speak as an end user, an unbiased businessman who's livelihood depends on sustainable harvests and clearly the shark fin trade is not sustainable.

It's also nice to see his reaction, it is the reaction of plain disgust. Watching this series the viewer is there with Ramsay, on the front lines experiencing his discovery in real time.

It is a great format, the viewer is not on a journey with a self anointed "shark expert" and is not on the sidelines watching a reality television moment, Ramsay and his crew are clearly not here to entertain, nor are they here to enable Season Two, this raw, unfiltered, shark expose.

So kudos to Gordon and his crew.

The shark conservation world needed the boost, and coming from the outside you added a healthy dose of credibility to the effort.
Posted by Horizon Charters Guadalupe Cage Diving at 11:19 AM No comments: