Aquarium's Get Into The Action $$$ For Sharks 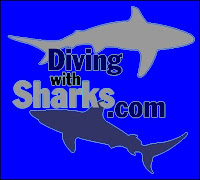 Since when did big aquariums decide that they would open their tanks to every Joe Diver in the world for instant shark thrills?

It started a few years ago with one or two smaller aquariums offering shark dives. Then as we reported last month the Grand Daddy of them all the Georgia Aquarium decided to offer interactive Whale Shark encounters.

Here's the rub, for years, aquariums have fought for legitimacy, saying that animals in captivity were ambassadors for the species. In 99% of these cases they were right.

Now the party line has shifted as aquariums look for new ways to generate revenue and to attract media attention. In the case of Florida they have been at this since 2001, about the same time that all commercial shark diving in the ocean was banned.

May we suggest a middle ground here?

Perhaps, if someone with say, $500,000,000 would be interested in building the ultimate dive attraction, it could be created for divers from around the world, indoors, with plenty of sharks for all.

Total commercial, total experience, instant sharks for all. Shark Diver is standing by with site plans and a logo.
Posted by Horizon Charters Guadalupe Cage Diving at 8:19 AM