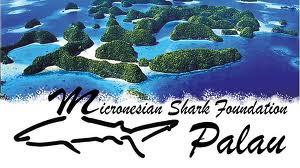 The Micronesian Shark Foundation, a Palauan based non-government organization, was established to facilitate the study of sharks both in Palau and throughout Micronesia. The Foundation, with limited funds and resources, was formed through the hard work and dedication of its founders.

Support from the government of Palau, especially from Koror State who has taken the lead in conservation management and protection, has been received from the start. The study of the sharks in Palau was initiated by the Micronesian Shark Foundation which formed a partnership with AIMS (Australian Institute of Marine Science), SOSF (Save Our Seas Foundation) who contributed to the shark research and The National Geographic Society, which contributed its advanced Crittercam technology to the project, under the guidance of Greg Marshall, executive producer.

Fish ‘n Fins, the first dive shop in Palau, has been supporting the foundation by contributing boats and fuel, equipment, staff, office support and a base center for the foundation. Throughout its years in business, Fish ‘n Fins has been involved in many local community activities and has hosted various workshops for environmental purposes.