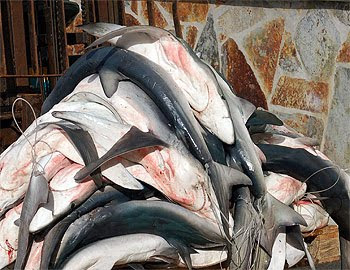 First came Palau, the Maldives and now Indonesia has declared a vast protected area for sharks, rays, turtles and more within its territorial waters.


The new sanctuary is in a region known as one of the world's richest sources of marine biodiversity.


The new sanctuary covers 46,000 square kilometres of waters around the Raja Ampat Islands in Eastern Indonesia, part of the so-called Coral Triangle region of Southeast Asia.

Sharks, manta rays, mobulas, dugongs and turtles are fully protected within the sanctuary, and destructive practices including reef bombing and the aquarium fish trade are banned, local officials said.

Kudos to WildAid and the number of shark conservation groups, dive operations, underwater photographers and tourism officials who worked to make this happen.

Posted by Horizon Charters Guadalupe Cage Diving at 5:25 AM