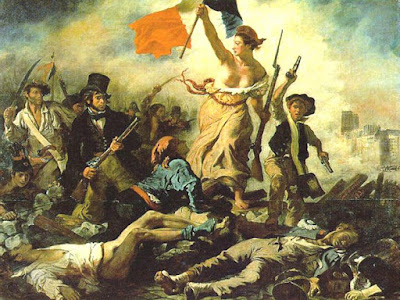 Like a pack of wild dogs slavering for a quick kill members of the shark conservation community descended on long distance swimmer Penny Palfrey last week over a report that members of her team had killed sharks during her latest record settings swim.

As it turned out this report was patently false.

The attacks were public, ruthless, and set at such a fever pitch that almost everyone in the long distance swimming community was left asking "who are these people?"

Folks, these attacks were poorly organized, misinformed, and did a great disservice to the word "conservation." In fact what happened last week was not conservation at all but old fashioned group hysteria - circa 1848.

Frankly, the shark conservation world is peppered with a few very vocal, highly visible, hysterical doom screamers who litter the conservation mailbox on a daily basis with inane conservation clips from the shark world. All of which start with a breathless supposition "have you seen this!?"

A small dead shark washed up on a beach in Florida?

It is the end of the world and fishermen are to blame!

Sustainable shark for sale in the local supermarket?

Has anyone thought for a moment where all this nonsense is getting us as a community? After alienating the long distance swim community last week it is a question the hysterical "theater of the absurd/actors for shark conservation" should be asking themselves this week.

Without a doubt the march for sharks has, over the past three years, made some great strides and there are some truly dedicated and smart folks working on long term solutions for sharks.

There are also some complete and utter conservation idiots who are raising revolutionary flags for sharks on issues that have little to no import on the long game for conservation such as Penny Palfrey when all the facts were not in.

Let's reign in the dog of war for sharks and start working on each and every project as a long term effort, not a quick and rusty knife to the back. It may look good on a Facebook page but at the end of the day it diminishes the entire effort in ways we have yet to understand.

Folks like Penny deserve much better and many apologies are in order.

You know who you are - so get busy. You can start with the same public zeal displayed in taking her down last week.
Posted by Horizon Charters Guadalupe Cage Diving at 9:34 AM

Labels: conservation bullshit, start by apologising, you know who you are