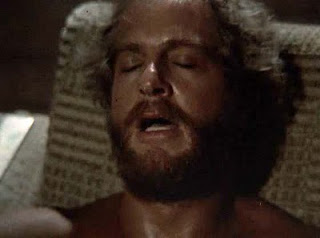 It's the kind of film that will have you alternately cringing with it's 1970's vintage hyper sexual liberated Mexican vacation scenes while at the same time rooting for several poor unfortunate Tiger sharks that were press ganged into appearing in this god awful film.

The Tigers and the films gory shark attacks are pure nonsense but technically challenging from an underwater filmmakers point of view. This was the 1970's, so pay close attention. The dive team behind this film were pushing every shark boundary there was at the time and no number of Cojones dipped in Patrón Platinum tequila will ever truly describe this dive teams first few raw encounters with Tigers in Mexico - circa 1977.

Kudos to the late great Ramón Bravo for being the man.We all walk in your footsteps sir.

This is great underwater work, if you can get past the fact all the sharks in this film were harmed. Kinda reminds us of a recent chain wrapping event in the Bahamas as of late, but hey, that's film and television with sharks for you.

Fast forward to the 1980's and the other famous underwater Tiger scene with Fonzi et al Happy Days and you see the pure genius that was the DP's work with Tintorera! 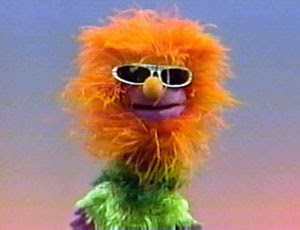 We're also impressed that the main paramour in this film, a very sweaty bearded Hugo Stiglitz, managed to channel the onscreen energy and look of another well known television character the "Manah Manah Guy" from Sesame Street.

Whether this is a case of crazy 1970's zeitgeist or in fact the Muppet's creator Jim Henson was a stone cold fan of the film Tintorera! we will never know. Unless you track down Mr.Stiglitz who rumor has it is still alive and well at the ripe old age of 70 in Mexico City.

If you need more Tintorera! analysis and discussion you can find it because this film has lit a small fire under the shark bloggers. Must be the vintage shark footage, alcohol, and sex, and David Diley has the complete scoop on Tintorera! for you this week. It's a must read.

Tintorera! is the film that "just will not die", thanks largely in part to bloggers like us, You Tube, and a growing fan base perhaps nostalgic for real cocktail glasses on unspoilt Mexican beaches and a time where you could vacation to Mexico without fear of two dozen headless bodies showing up with your vacation luggage courtesy of some local drug gang.

Looking back on it, Tintorera! is a bit of a time warp, and what a weird and wonderful time machine it turned out to be.