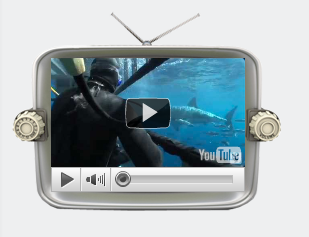 If you want to see some really good conservation reporting - go to AlJazeera this week.

Kudos to Gelareh Darabi and her entire crew for this production.

For the past three years AlJazeera has produced a series of  top notch and in depth looks at our planet and the many conservation issues facing it.

This week the program Earthwise focused on Donsol and commercial whale shark diving there along with actual bots on the ground conservation efforts by the WWF who have made Donsol home for the past decade.

"Whale shark hunting hit a peak in the 1990s, with prices of up to $800 per kilogramme of dried fin meat attracting a fresh influx of hunters to Donsol in the Philippines. In 1997, around 200 of the creatures were slaughtered. Whale sightings started to diminish. After campaigning by the local community and conservation groups, whale shark hunting became punishable by Philippine law in 1998. WWF Philippines, the UNDP and the local government together developed a community-based ecotourism and conservation programme, with the aim of providing local people with a sustainable income whilst protecting the species. In a few years Donsol had transformed from a small coastal community into one of the world's most popular destinations for whale shark tourism."

About Shark Diver. As a global leader in commercial shark diving, film television productions, and conservation initiatives Shark Diver has spent the past decade engaged for sharks around the world. Our blog highlights all aspects of both of these dynamic and shifting worlds. You can reach us directly at sharkcrew@gmail.com.
Posted by Horizon Charters Guadalupe Cage Diving at 9:44 AM