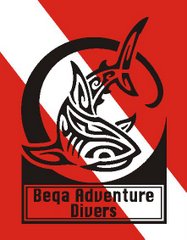 This morning we read this post from "Dave" at Beqa Adventure Divers Blog.

The points raised here are timely, and truthful:

Commercial Shark Diving is quickly morphing into a global industry and as always in such cases, the transition doesn't come easy.

Whereas the anti-Shark-diving lobby, scientific and not, continues to successfully pester us with their allegations, we just seem to be unable to get our act together, circle the wagons and mount a credible common defense.

Granted, selling Sharks to the public at large will always be a challenge.

The opposition's arguments feed on our primeval fears and convey the illusion of intuitive plausibility. Very hard to refute as in order to do so, we would need hard and unequivocal scientific data. And those are so far lacking. Having said this, I know of at least two papers, one from South Africa and one from Australia, that postulate that what we do has no discernible behavioral consequences.

Actually, make it three, as Juerg's recent research on Shark Reef may well come to the same conclusions.

I'm thus highly confident that in the end, people will come to realize that our large predatory Sharks are just as fascinating and worth protecting as any other alpha predator. It has taken decades of dedicated research and marketing to dispel the myth that wolves, grizzly bears, lions and tigers are nothing more than man-hunting vermin that needs to be eradicated, so I guess we must be patient and persevere.

Let's just hope that by then, it won't be too late. The real challenge right now however seems to be our incapacity to work together.

Keep in mind that until quite recently, diving was considered a dangerous sport reserved for the passionate few. The Shark Diving pioneers were regarded as, and probably were, a special breed of entirely self-taught, adventuresome, thrill-seeking and death-defying macho warriors and equally intrepid amazons and were consequently accorded Hero status.

Talk about an eclectic collection of unique and charismatic individuals with strong opinions and huge egos!

But now, Shark Diving has gone mainstream and is firmly nested within the entertainment industry. As in: I shall pay for a trip to Guadalupe Island and I shall see Great White - or else!

In the process, the original Heroes are gradually being replaced by media-savvy, nimble and business-minded service providers. Personality cult is being replaced by client service. Adventure and discovery, by interactive and notabene, guaranteed ecological encounters. Roughing it out on the High Seas, by aircon, en suite bathrooms and warm towels. Individuality, by the need for a uniform global product. And alas, sometimes, excitement by bored indifference.

On top of the historical and ever-present personal animosity between the original silverbacks, this has created substantial resentment against what is perceived as a territorial invasion by parasitic upstarts. Having been at the receiving end, but also, having had to dish out my fair share of aggro myself, I know what I'm talking about.

Thus, to finally make my point, getting everybody to sit at the same table, to share our passion, experiences, visions and research in order to devise a common approach supported by unified procedures remains a gargantuan challenge. Once again, we will have to be patient and persevere.
Posted by Horizon Charters Guadalupe Cage Diving at 8:42 AM