Viva Honduras for the sharks! 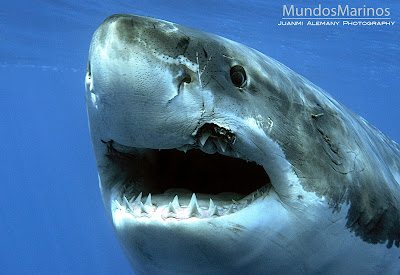 Honduran President Porfirio Lobo Sosa will sign the sanctuary bill into law on Friday on a visit to the island of Roatan, the country’s top diving and snorkeling destination, his office said on Thursday.

The move makes permanent a moratorium on commercial fishing for sharks that Honduras announced last year in a joint declaration with the Micronesian island of Palau.

The march for sharks has reached all corners of the planet, and in the shadow of Mexico's recent ban on shark fishing this brings strong leadership to Latin America.

Posted by Horizon Charters Guadalupe Cage Diving at 9:11 AM