Shark Conservation - The Show Boats, the Sloggers, the Volunteers, The Public Media Conservationists, and then the Piggy Backers. 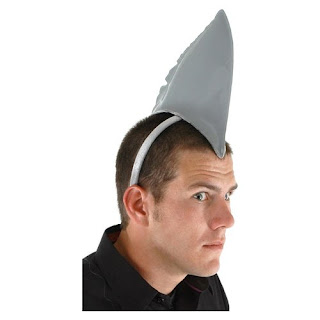 Every once in a while along comes a new shark blogger voice that cuts through the noise, digs deep into the world of sharks, and comes up with entertainingly brilliant stuff.

Such is Paul De Kock and his blog SharksWild this week.

Paul takes an unflinching look at shark conservation today and distills down to the "fun-de-mental" aspects of it including personalities, egos, orgs, and their efforts.

It's great stuff and smart writing.

The good news is there's an actual shark conservation movement out there. Not something that was even on the radar back in 2003.

But like all conservation efforts for whales, seals, tuna or sharks, once the movements have gelled it's important to sit back and take a hard look at current programs and solutions. Not something a lot of folks want to do, but ultimately necessary.

Sideways drift with conservation is something that all efforts suffer from and the notion that any conservation effort which brings "basic awareness" to an issue years down the line, no matter how self serving, is good for the effort - is false.

It's one of the tools organizations like Sea Shepherd uses to suck conservation donations out of the conservation space. Money that could be used to help next gen boots on the ground programs like replanting vast swaths of mangroves for shark nurseries is instead going to multi media extravaganzas that do nothing but demand conservation dollars from unwitting Facebook users.

Every conservation effort has stages. Initial stages are all about "awareness" but once an effort has enjoyed over 5 years of sustained effort, the next stages must be metrics based solutions that move away from awareness to action.

Read - The Show Boats, the Sloggers, the Volunteers, The Public Media Conservationists, and then the Piggy Backers.

Recognize anyone here?
Posted by Horizon Charters Guadalupe Cage Diving at 8:35 AM