Aussies and sharks-Taking back the streets 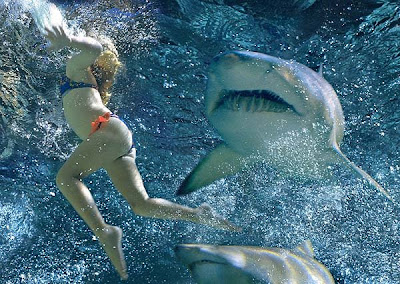 You know, we have covered this about a million times, but now it looks like Australians are taking back the streets and oceans with new non lethal anti-shark tech. As always there's a catch:

In what is claimed to be a world-first, scientists from the Department of Primary Industries and Fisheries and James Cook University have shown magnets can repel sharks.

It is hoped the magnets will keep sharks out of fishing nets set for barramundi.

Trials have been conducted in controlled conditions in Cairns. The research team will soon conduct field trials to determine the practical use of magnets in the gillnet fishery.

The researchers do not believe the magnetic repulsion will prevent shark attacks on people.