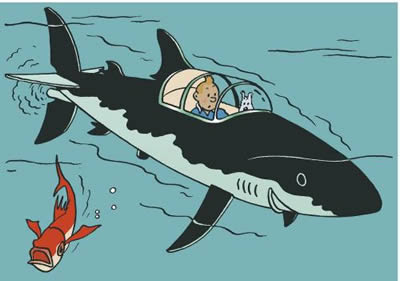 Ocean Dancer is 110' of pure luxury and is a labour of love for French owner/operator, David Mesnard who has lived in the Maldives since 1990.

David is a highly regarded Free-diving and Scuba Dive Instructor and also a keen surfer. In his time in the Maldives he has witnessed dramatic changes to the marine environment. Changes that made him realise he needed to do something to help the oceans flourish again.

The MWSRP team first met David and Gaëlle at South Ari Atoll, in December 2008 when they ended up in the water together on what the research team thought to be a whale shark.

A large dark fin had breached the surface amongst a few tourists close by, so the MWSRP sent two team members in to take the ID photographs required to log the encounter. As the guys approached the ‘shark' they were not greeted by the usual large dark shape emerging from the plankton rich water. Instead, David, on scuba gear, was cruising around at around 5 metres, holding a fin he had carved from wood and painted black. The ocean loving French man then surfaced, removed his regulator and took great pleasure in his fooling of the ‘whale shark researchers'.

Ocean Dancer has always supported shark conservation programmes. Now they have become the MWSRP's newest sponsor, and the team is ecstatic to have them onboard. David and his wife Gaëlle are true ocean lovers. They, along with expert crew, are the shark friendly tour operator who encourages their guests to enjoy their holiday responsibly.

Posted by Horizon Charters Guadalupe Cage Diving at 9:31 AM