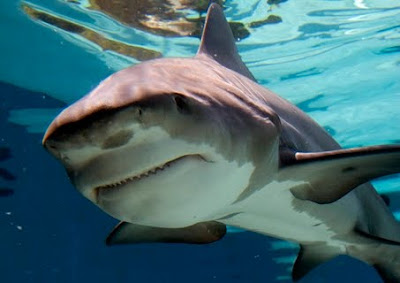 Researchers have found that a bull shark, also known as a Zambezi shark, has migrated from the South Western Cape in South Africa to near the Mozambican island of Bazaruto over a period of just two months.

Zambezi sharks, which can grow up to four metres in length, are perhaps best known for their ability to survive in rivers.

The researchers knew little about the migration patterns of bull sharks and tagged a shark in the Breede River estuary to gain an insight. The tag is designed to fall off the shark and float to the surface, whereupon it sends data via satellite on the shark's movements.

Researchers from the South African Shark Conservancy (SASC) have been shocked at the migration pattern of the tagged shark which covered a distance of 2,000 kilometres.

SASC representative Meaghen McCord lamented that "despite being listed by the IUCN as near-threatened globally, there are no existing management or conservation measures for bull sharks in South Africa or Mozambique".

McCord called for temporary protection of bull sharks until they can be studied further, pointing out that the sharks are apex predators and play a role in maintaining the ecosystem.

SASC has offered an award of 150 US dollars for the return of the tag, which is believed to be floating somewhere off the coast of Mozambique.

Posted by Horizon Charters Guadalupe Cage Diving at 8:06 AM