According to an article in the Daily Telegraph, a man was attacked by a wobegong shark. The article states that "Mr Porter had no advance warning when he was attacked.
“I had no idea what was happening — it just clamped on and that was the first I knew about it,” Mr Porter told The Daily Telegraph today. “It sort of bit through the flipper and went through to my foot.”Shark diving is fun. Diving with Great white shark. Swimming with Bull sharks, cage diving with Tiger sharks 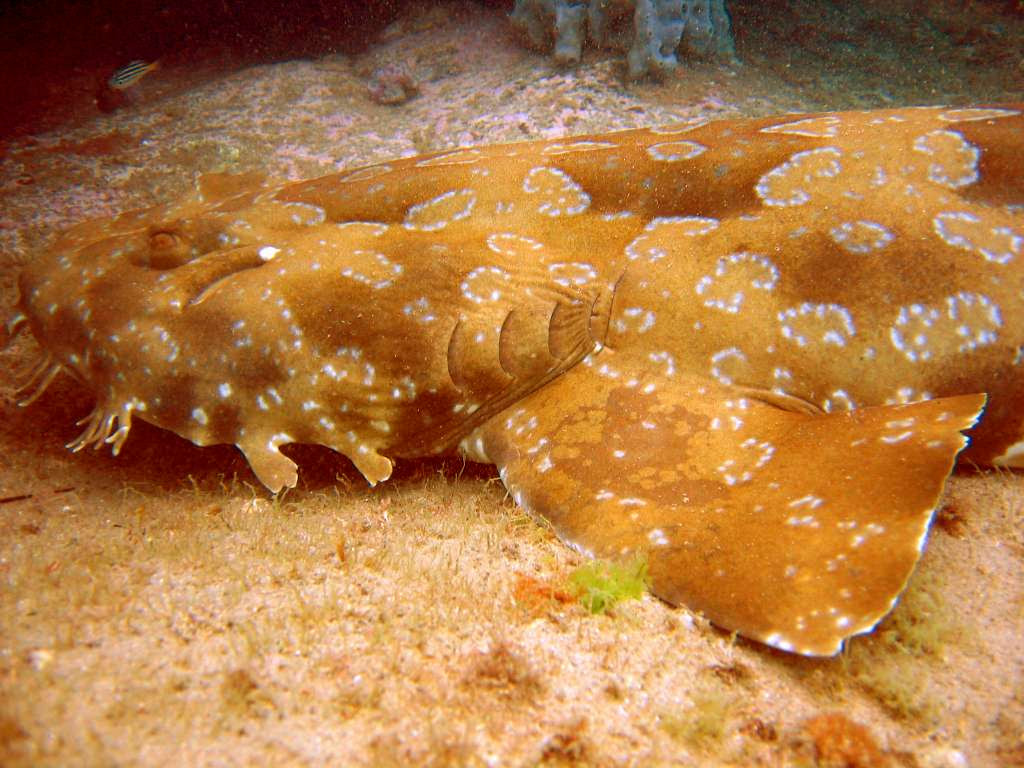 Wait a second, the shark "attacked" Mr. Porter? Wobegong sharks are carpet sharks, that usually rely on their camouflage to hide from prey, so they can ambush it. So most likely what happened is that Mr. Porter stepped on the shark, which bit him in return.


The headline read: Port Macquarie man threw punches in the air after shark attack
Wouldn't it be more accurate to have a headline that says "Port Macquarie shark bites man after being attacked by him"? Shark had no advanced warning, when Mr porter viciously stepped on it's head!

And the injuries to the man you ask?  Here is a picture of the "severe" wound the "shark attack" has left on the "victim"

Now this type of human/shark interaction is really what I call worthy of newspaper headlines. There are thousands of people who step on a stingray each year and get stung in return, in some cases causing injuries more severe than the ones caused by this shark bite.  Do you recall any newspaper headlines describing those incidents? As soon as a shark is involved, there are headlines, it's always characterized as an "attack" and it almost never states that it was provoked.

Where is the harm in having headlines like this? You may be aware of the shark cull that is going in Australia right now. It is mostly based on the public's fear of sharks and has very little to do with actually protecting the people. Headlines like these, perpetuate that fear and can cause real harm, not only to the sharks, but the entire ocean Eco system in turn.

I know I'm banging my head a against a wall, but had to get this off my chest.

About Shark Diver. As a global leader in commercial shark diving and conservation initiatives Shark Diver has spent the past decade engaged for sharks around the world. Our blog highlights all aspects of both of these dynamic and shifting worlds. You can reach us directly at staff@sharkdivercom.
Posted by Shark Diver at 8:37 AM