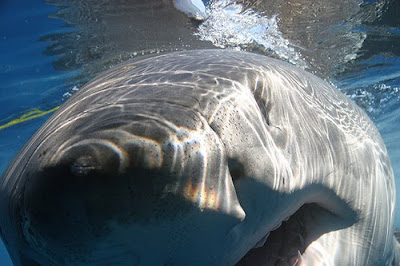 In July 2008, the National Oceanic and Atmospheric Administration instituted regulations requiring that sharks be landed with their fins attached, but these regulations applied only to U.S. fisheries in the Atlantic, Caribbean, and Gulf of Mexico, not the Pacific.

The Shark Conservation Act will bring the Pacific fisheries into line with the rest of the country’s fins-attached policy, and strengthen the U.S. position in international shark conservation efforts.

Posted by Horizon Charters Guadalupe Cage Diving at 7:02 AM