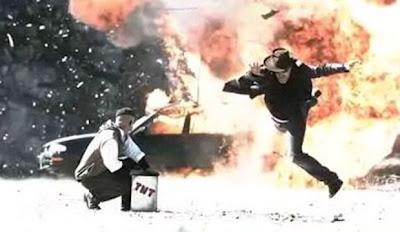 The news today that a "sizable" missile was launched at sea off the coast off Catalina yesterday has Pentagon and Navy officials denying involvement.

So, who launched it?

For the money we're wondering where Adam and Jamie - The MythBusters - were last night.

Both gents like things that go boom, and as far as we're concerned they're about the only guys in California with the expertise to pull off a "sizable missile launch".

Time will tell as this very strange story come to light.

Update: There's a rumor floating around Catalina Island right now of a fisherman who saw the launch at sea last night.


Posted by Horizon Charters Guadalupe Cage Diving at 8:33 AM